What's really going on with Camden Council's developments and how can we do it better?

Explore our interactive map showing the results of our research.

Homes safer from the wrecking ball after our campaign

The council is not going to press ahead with a controversial HDV-style plan after our campaign raised the alarm.

Cabinet members were due to take a decision on the future of the CIP in 2017. We were concerned to find that all the options - including putting our council homes into a ‘strategic partnership’ with a big developer - were being discussed behind closed doors in a Labour-only councillor ‘working group’.

Camden's future options included a long-term joint venture with a big developer. This would have put our homes under the control of a private company, and Haringey council has been proposing this kind of deal, despite fierce protests.

We didn't want this decision taken behind closed doors without a proper public debate.

At a Town Hall meeting in August 2017 members of our team, including Councillor Sian Berry, presented the results of our findings here, exposing that of the new homes being built in the council’s regeneration programme (the CIP) only 17 per cent are council homes, and showing the different options the council were looking at.

Thanks to our scrutiny, the council has now ruled out a joint venture for the time being in its final cabinet report, and spoken positively about community-led housing and consultation on new sites. This is a good response to our campaign.

The next big questions are whether residents will be given ballots over future plans, as the Mayor's new guidance for estates requires, and whether Camley Street's community plans will be given a chance by the council. We’ll continue to argue for better ideas within the CIP, for residents' rights and more truly affordable homes in new plans.


What is the CIP Challenge?

Since 2011 Camden Council has run programmes to sell off land and buildings, move to new offices in Kings Cross, build on council land and brownfield sites and, most controversially, redevelop some of its council estates.

The two programmes are called the Community Investment Programme (CIP) and Accommodation Strategy.

The need for more council homes has never been more urgent

As part of the CIP, large numbers of private homes are being built by the Council and marketed as 'The Camden Collection' by Savills, while council homes are currently filled with property guardians in 'regeneration' blocks as they await demolition.

In August 2016, Green opposition Councillor Sian Berry asked Camden under Freedom of Information for detailed information about the progress of projects. This was needed because the reports provided to council committees didn't allow for a full assessment of - for example - the profit made by the Council, the number of homes demolished and the true net gain to Camden of new council homes from the schemes.

After a long delay, the information was provided in February 2017, and this website has been produced by a cross-party and non-party group of residents who are concerned about the results of the Council's current approach.


The CIP Challenge project aims to provide a summary of the data we received, analysis across the Community Investment Programme (CIP) and Accommodation Strategy, and more transparency, with a repository of documents related to each scheme.


We are also putting forward ideas for better ways to build new homes in Camden, on council and other large public and private sites.

We believe this is best done by avoiding all demolitions of existing council homes, by working with the community for ideas, and by finding new ways to build new council housing and truly affordable homes, which don't involve replacing our estates with thousands of flats Camden residents can't afford.


NEXT: The big questions – results of our research >> 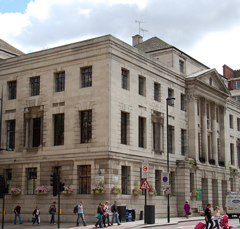 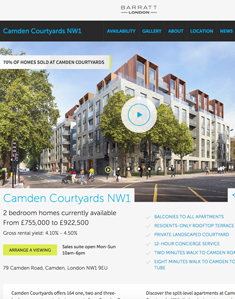